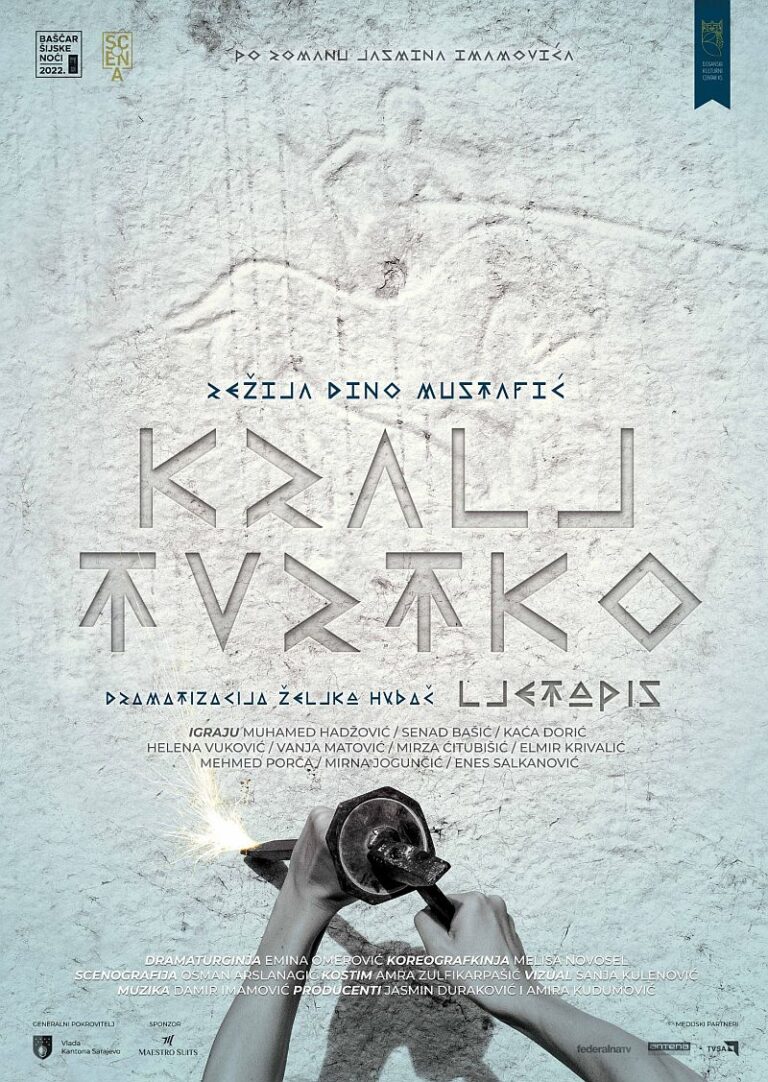 The premiere and the first rerun of the play based on the historical novel of the same name by Jasmin Imamovic.  This theatrical performance deals with the life of the great Bosnian king Tvrtko I Kotromanic and is a dramatic presentation of this great historical figure of BiH and the Balkans. The emphasis of the play is on the internal relations of his family and social environment in which he lived and worked. The play is at the same time a melodrama about the private life of King Tvrtko.

Directed by: Dino Mustafić. Dramatization of the novel: Željko Hubač.