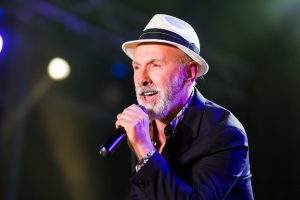 Since 1996, when Baščaršija Nights Festival was held for the first time after the Agression and in its present form, Festival stages have seen over 500 programs. In all their diversity it is quite difficult, impossible even, to compare or single out any of those.

There were many play premieres in the festival, such as “The Refugees”, “Bas-Carsija”, “Omer over Dough Tray”, “The Sarajevo Grave”, “The Premiere”, “Romeo and Juliet” (co production with the MESS – International Theater Festival”), Omer Pasha Latas. Besides, one must mention opera and ballet performances such as “Cavalleria Rusticana”, “The Bartered Bride”, “Bolero”, “Appassionato” and “Catharine, the Bosnian Queen.

The greatest musical event, according to many, was the concert of Dino Merlin at Kosevo Stadium. It was held within “The Nights of Bascarsija 2000.” With 80.000 spectators, it was truly an unforgettable evening.