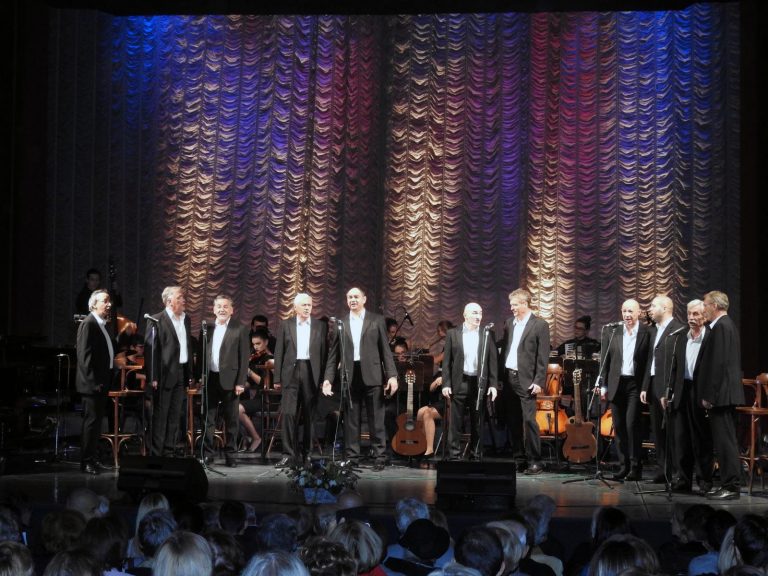 The Friends / Prijatelji ensemble was founded in 1957 and has been working without interruption ever since. It currently has 8 active members, and about 40 members have “marched” through the ensemble since its founding. During that period, they recorded ten singles and two longplay records, seven CDs, four audiocassettes, about 80 recordings for the archives of Radio Sarajevo and a large number of TV shows. They have performed in almost all European countries as well as in all major places in Bosnia and Herzegovina. They are the winners of the Sixth April Award of the City of Sarajevo in 1979, and a number of festival awards. The composition “When I went to Bendbasa” performed by this ensemble was included in the Anthology of Bosnian sevdalinka. The leader of the ensemble has been Mario Katavić for more than 20 years. The current line-up of Friends consists of: Edin – Dinko Bijedić (first tenor), Bruno Papišta and Dražen Ćorić (second tenors), Miroslav Stojčić and Zvjezdan Živković (baritones), Goran Gelineo, Nihad Hodžić and Mario Katavić (bass).