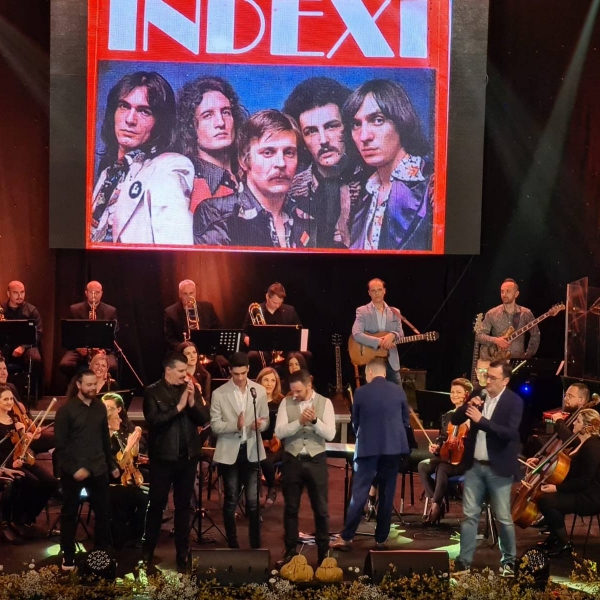 A concert dedicated to the legendary band Indexi as part of the 60th anniversary of their founding. Arrangements for 17 of their most famous songs are signed by Mostar conductor, pianist and arranger Damir Bunoza, who will also conduct the Orchestra of 34 musicians. Tribute-band, rock band of the Mostar Symphony Orchestra, will also perform on the stage within the Orchestra.