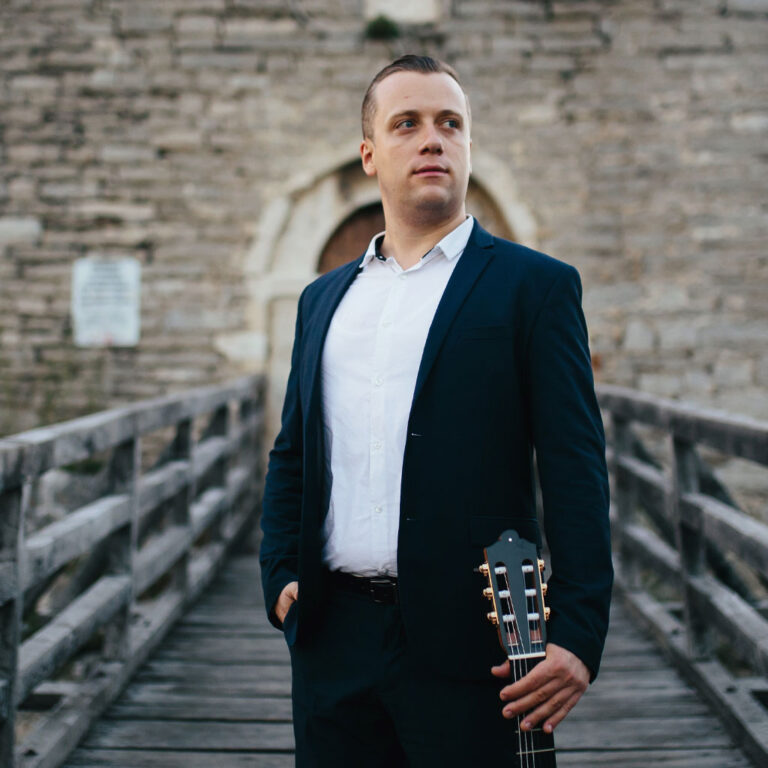 Sanel Redzic is one of the most virtuoso guitarists of his generation. With a diverse repertoire, ranging from baroque to modern music, Sanel quickly became one of the most important figures on the international guitar scene. He has achieved great success at international competitions. He also tends to participates as a jury member in competitions, and holds regular master classes. To date, he has played hundreds of concerts in countries across Europe and the world. He held some of the concerts in famous concert halls such as: Concertgebouw Amsterdam, Tokyo Bunka Kaikan Recital Hall, Yamaha Hall Tokyo, Smetana Hall Prague, International House of Music Moscow, Gasteig in Munich, Philharmonic Hall Paul Constantinescu Ploiesti. He has performed as a soloist with a variety of orchestras, including: Orquesta del Nuevo Mundo Mexico City under the baton of the conductor Johannes Ullrich, Sarajevo Philharmonic Orchestra, Karlovy Vary Orchestra, RTS Belgrade Orchestra and Aukso Chamber Orchestra, and for these performances he received high praise from both critics and audience.

Violinist and violist Andrea Nikolic, characterized as an artist of very mature and imaginative interpretation, superior technique and warm tone, has established herself as one of the most versatile, leading musicians of her generation. She plays modern and baroque violin and viola, and her interest and repertoire include works from early baroque to contemporary music and jazz. She is regularly engaged as a performer, conductor, producer, artistic director and pedagogue.